End of the week quote 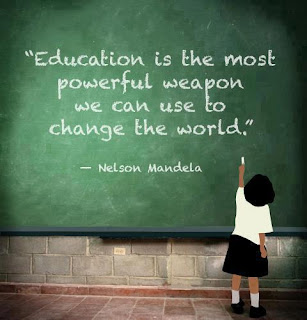 Picture from English is Fun EnglishIF
Publicado por A Whale of a Time en 09:51 No comments:

I have a dream

We're currently reading and working on the life and work of Martin Luther King Jr. with 4th ESO students.

Born in 1929 and shot dead in 1968, he lived through a particularly tumultous period in the history of the USA. I'd like you to watch and think about what he said on the speech he made in Washington DC in 1963. More than 250,000 people marched to rise up and defend universal civil rights.

Yesterday, 4th ESO students had the opportunity to attend a musical activity in English at Teatro Principal. It was called "Aquarius" and it referred back to the so called "Era of Aquarius" during the 60s and the 70s when there was a cultural revolution worldwide.
The activity started at 12.00 and finished at about 13.30 and according to most students, time flew!! That's probably because the speaker sang some songs between his speeches. We had worked some of the songs in class so at least we were acquainted with the topic of the session.
The speaker (I think he didn't mention his name...) was quite funny and he tried hard to enjoy and engage students. In my opinion, he was a little muddling sometimes but the important thing is that he spoke clearly and most of our students could follow the activity without further trouble.

I'm posting here today one of the songs we have worked and which you sang so well yesterday!!!

Do not lose time because... 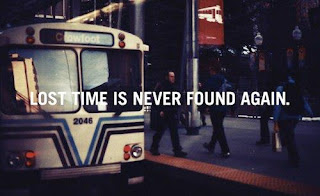 Talking about the past


It was a terrifying decade with important changes for the human race.
The most significant incident was the attack of the islamist group Al-Qaeda to the United States. On September 11 2001, Al-Qaeda flew two jets with passengers against the Twin Towers in the World Trade Center (New York City). The did the same attacking the Pentagon in Arling (Virginia). The final result was terrible! Many people died. George W. Bush, the USA president, started a hard war against Al-Qaeda, the war in Iraq. The USA and the UK invaded Iraq, causing thousands of fatalities.
Related to those events, on March 11 2004, in Atocha Station there was an attempt by an islamic terrorist organization related to Al-Qaeda. That group planned the bombs in four trains killing 192 people.
On December 2004, the Indian Ocean earthquake was one of the deadliest natural disaster in recorded history, killing over 230,000 people in fourteen countries with a series of devastating tsunamis.
Another important fact of the decade was that Barack Obama became the first African American president of the United States, changing history forever.
Celebrated deaths in this decade: Michael Jackson, Luciano Pavarotti and other important figures too, like the Pope John Paul II.
Finally, another important fact was that Spain won the Football Eurocup and the World Cup.

by Sabela Ferreiro (4th ESO A)

The beginning of the 21st century was a decade with a lot of positive and negative events. It must be hightlighted the attempt by Bin Laden on the Twin Towers in New York, on 11th September 2001. A lot of people died unfairly. After that, there was a war against Al-Qaeda in Afganistan. This event marked the beginning of this decade, a decade with many wars.
A positive event was the human genome discovery. The scientists said our body has 31,000 genes.
Twelve countries of the EU started to use the Euro in 2002. In this year too, the Prestige ship sank with 72,000 tons of oil in the Atlantic Ocean near Galicia. All the beaches in Galicia were very black and dark. A lot of people helped to clean the coast.
Ten socialist countries of Eastern Europe joined the EU in 2004, but a big negative event was the big tsunami of South East Asia, where 240,000 people died.
Al-Qaeda acted again in Madrid, on 11th March 2004. Four trains exploded with the final result of 191 deaths.
In 2009, in the USA, Barack Obama was the first Afro-American president.
In the world of music, Michael Jackson, the pop king, died from overdose. Christina Aguilera was highlighted at the beginning with the songs "What a Girl Wants" and "Beautiful". Justin Timberlake with "Cry me a River", Miley Cyrus with "Party in the USA", Eminem with "Lose Yourself", Katy Perry with "I Kissed a Girl", Beyoncé with "Naughty Girl", Coldplay with "Clocks", Madonna with "Music", Black Eyed Peas with "Where is the Love?" and "I Gotta a Feeling", Rihanna with "Umbrella", Lady Gaga with "Bad Romance". Besides, Shakira, Pitbull, Miguel Bosé, Alejandro Sanz, David Bisbal, Amy Winehouse and many singers highlighted and now continue having much success too. In fact, the best music was the pop-rock and hip-hop styles.
Fashion was different because, in this decade, each year there were different styles, looks and types of clothes. For example, at the beginning, the look was short or long straight hair but, at the end, fashion was long and curly hair.