and autumn vegetables, and then pumpkin

.
This tradition started hundreds of years ago.
In September 1620, a group of English people called the Pilgrim Fathers sailed from England across the Atlantic Ocean, in a

called Mayflower, to Cape Cod in North America. They went away from England because of their religion and because they wanted land for their families. They wanted to grow food for themselves- not for other people.
The pilgrims sailed across the Atlantic Ocean for sixty-six dangerous days. When they arrived, they called their new home New England, but they were not the first people to live there. The Indians were the first. Sometimes the Pilgrims fought with the Indians but they also learned a lot from them. The Indians showed them how to live from their new land, how to grow and cook new kinds  of

The first winter was difficult. Many of the Pilgrims died because it was very cold and they had little food. In the spring they started to grow food, helped by some friendly Indians, and in the autumn of 1621 they celebrated their first harvest. The pilgrims wanted to give thanks, not only of the harvest, but for their new home, new life and new friends, so they celebrated it with a dinner. This was the first Thanksgiving dinner.

How is the week going? Are you ready for your exams? Remember you have to study hard in order to enjoy Christmas!! If you devote some time everyday to studying, things will be easier, you'll see! Do not hesitate to ask me for help, inside or outside the classroom, but do it now! do not wait until the day before the exam! In case you are interested in improving your language skills, I've added some interesting links to this blog in order to help you studying English. In these websites, you will find grammar, activities, pronunciation, games, quizzes, etc. so I encourage you to surf them and keep on learning. If you know of any other website that you find interesting, share it with us!!


Linkin Park is an American rock band formed in California, USA in 1996.

Some students asked me the other day what was the meaning of Linkin Park so after searching the net, I’m pleased to finally give you the answer to your question: apparently, Chester thought up the name after he drove past Lincoln Park (Santa Monica) but, when they found out that the url lincolnpark.com was already taken, they changed it to Linkin Park.

I cannot say I’m keen on this band at all but for those of you who are fans here is a video of one of their most famous hits, “In the End” (Best Rock Video and Best Direction MTV awards). Enjoy it! 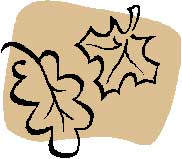 Autumn is the season of chestnuts and mushrooms. In Galicia and particularly in Ourense we have our own Indian Summer: “Os Magostos” which are celebrated during the first fortnight of November. The big day is the 11th although it can be held any other day.
People hold a wonderful leisure and gastronomic festival to pay homage to the fruits that have just been picked: chestnuts, grapes and mushrooms.
It is a meeting in which people roast and eat chestnuts and pork meat accompanied by some refreshments.
People usually gather early in the morning and get ready to spend the whole day in the forests around villages. The celebration is held around a campfire where food is roasted. It usually ends with songs and dances.
If you happen to be in Ourense this time of the year and you are invited to one, you better wear warm and worn-out clothes and be ready to be blackened with the fire embers.
If you stay until sunset, you can enjoy the view of dozens of campfires around the mountain but most of all, you can have loads of fun!!
Publicado por María Felicidade en 21:03 No comments: